Everything about Icelandic Beer 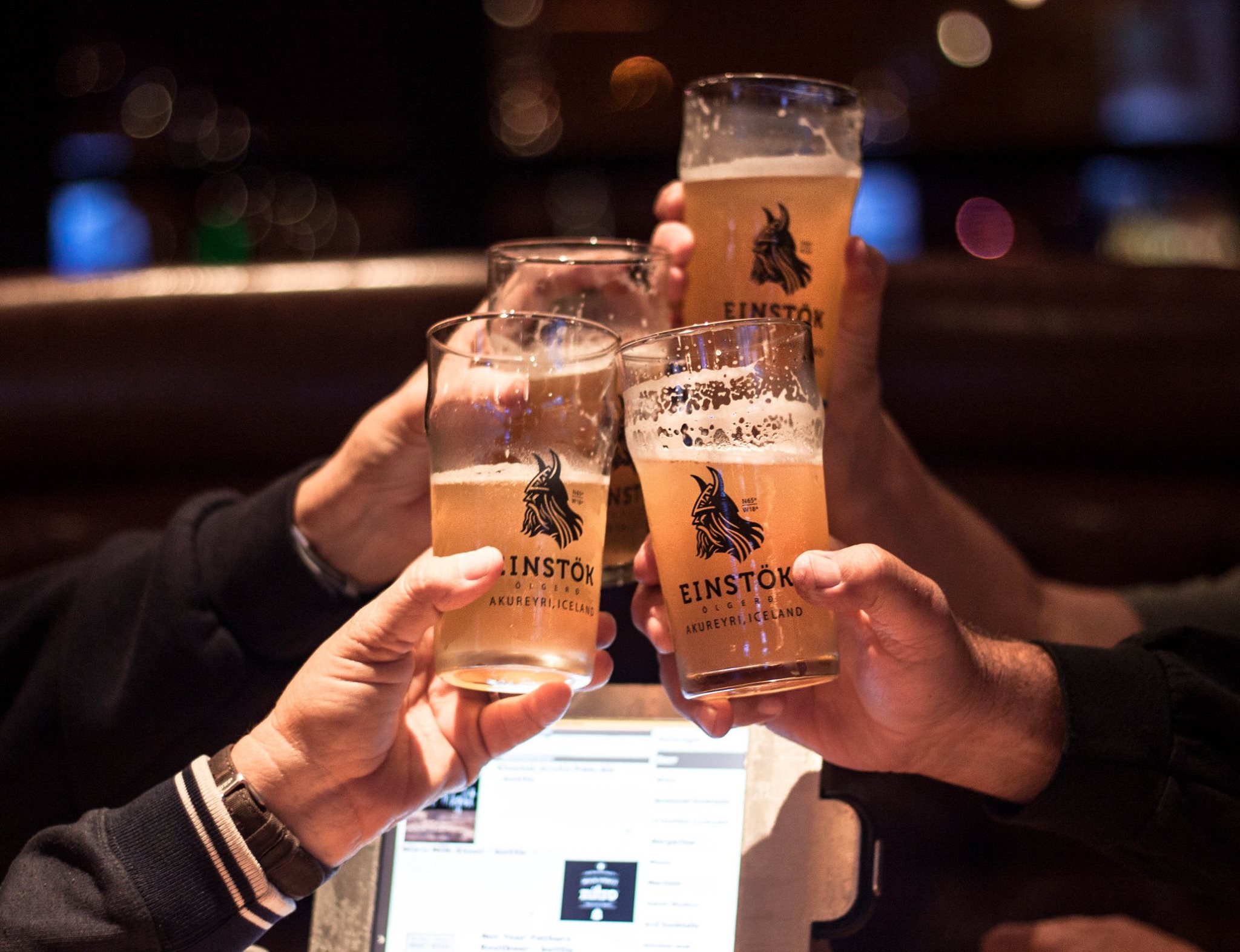 Everything about Icelandic Beer

Many visitors to Iceland are surprised to discover a plethora of Icelandic breweries and artisan micro-breweries, seemingly, an impossible number for such a small population. There is even an Annual Icelandic Beer Festival.

My personal favorite? Einstök Hvítt, an award-winning craft white ale, brewed in Akureyri by Ölgerðin Egils Skallagrímsson. I no longer have to miss out when I travel overseas, some discerning bars in the UK and other countries are selling this refreshing beer with a subtle orange tang. I even found it in Sennan, one of the remotest villages in South West England!

Icelandic beers have won some impressive prizes at the prestigious World Beer Awards:

The first blonde beer Kaldi brewery made. Sold mainly in bottles or on tab (very hard to find), the original Kaldi is a blonde lager beer but brewed in the famous Pilsner tradition, so it is classified as such. The beer is a blonde copper golden color with a soft filling of roasted malt, slightly bitter but very gentle.

This beer has a very distinct fruitiness to it, infused with Sorachi Ace, Centennial and Simcoe hops, the result is a tropical delight of mango with a hint of pineapple. 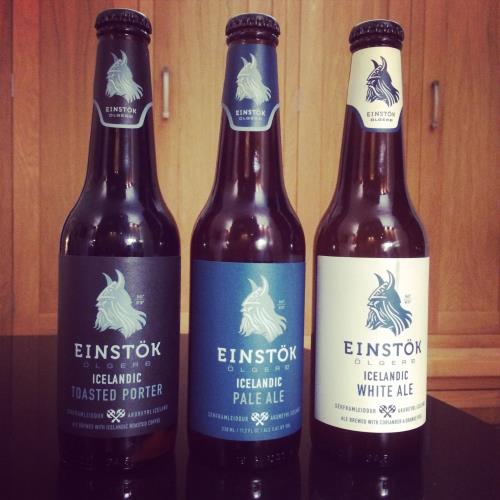 Wheat malt, pilsner malt, oats and Bavarian noble hops spiced with coriander and orange peel. Best served with a slice of orange, it really brings out the orange flavor of the drink. The perfect summer drink!

Brewed with a combination of Cascade, perhaps the most quintessentially American hop, and Northern Brewer and Hallertau, which add a more English and Central European vibe. Kind of a mix of an American-style pale ale, English-style pale ale and a European-style pale ale or lager. In the flavor department, pale and light caramel malts form the essence, while hops contribute to a profile which is well-balanced among those floral & citrus Cascade notes and earthy, woody, and herbal tones.

Has a light malty flavor but the main feature of this beer is a crisp, bitter hop flavor with a little citrus fruit, like an orange peel. It has won numerous awards and it was the very first beer Borg Brewery made!

Chocolate, licorice and coffee taste, a rich dark beer with an aroma to match. The fresh Icelandic water plays an important role in giving this damsel its smoothness, and the double fermentation infuses it with a taste that is at once pungent and mild. An unusually light dark beer! 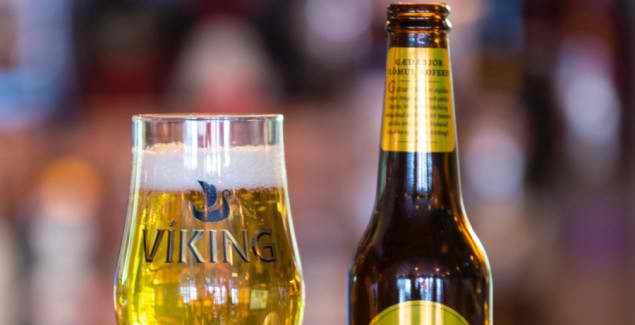 A classic lager beer, brewed in the Old-school tradition of craftsmanship. Proven brewing methods make it a refreshing premium beer with a refined finish

A super-light delicious beer recommended in the summer. Made from 2-row organic spring barley. The Pilsners flavor is usually described as slightly nutty and biscuity. 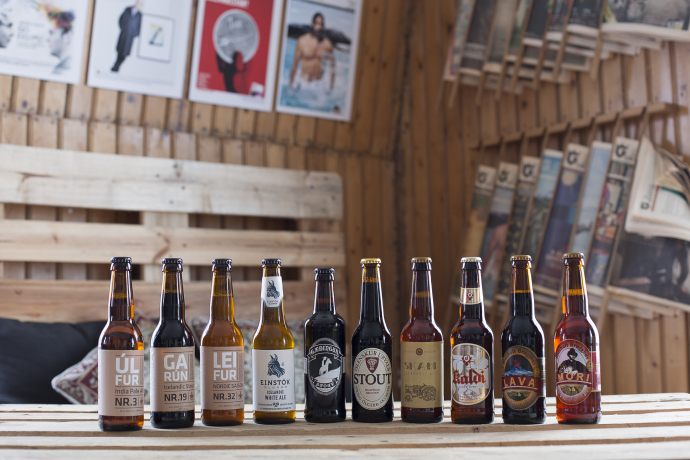 Úlfur meaning Wolf, is dry hopped with American hops that give a bitter yet fruity aroma. The beer has a citrus fruit (particularly grapefruit) kind of taste and a delightful crispness. This is the winner for many Icelanders!

Every year Borg Brewery makes a new queer beer for the Reykjavík Pride Festival so we can’t put out any alcohol level or even define it by type! Every year it’s new and every year we try to love! We recommend you do the same!