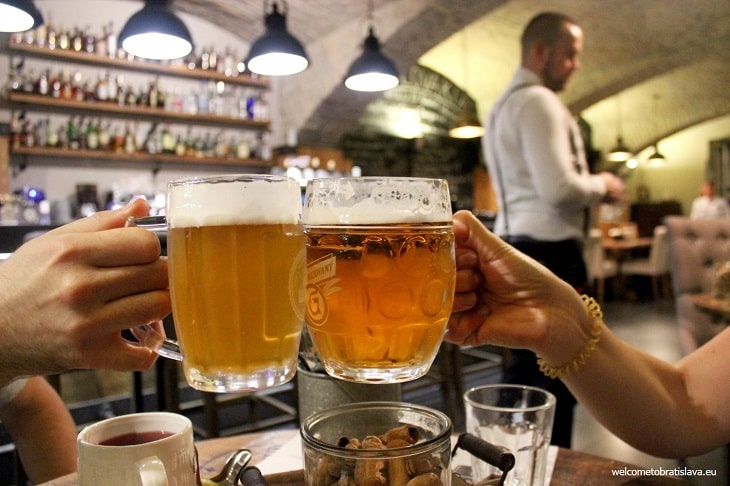 This studenty pub has the conflicting, mismatched interior decor of a venue that has seen many incarnations down the years. But packed these days, even in midweek, the Beer Engine has clearly found its groove, thanks to its emphasis on good beer and its surprisingly accomplished food. The 17 taps cover all beer bases from the house bitter, Coniston Brewing Company’s iconic Bluebird, to piña colada sours and Belgian farmhouse double IPAs. Candles and good-lighting make the Engine a cosy place to linger and, out back, like many Sheffield pubs (Fat Cat, Rutland, Kelham Tavern) it has a neat, half-covered outdoor drinking and smoking area.

Reached via platform 1B of Sheffield station, the Tap has been instrumental in improving the quality of railway station pubs, not just in this city but nationally. Opened in 2009, it has since spawned several sister venues (most notably the Euston Tap in London) and, more generally, inspired an array of craft beer bars in and around travel hubs. Few are as handsome as this Grade II-listed space. Its rooms are an Edwardian feast of glazed tiling, ornamental plasterwork and polished wood. Some 23 cask and keg taps and a list of 200 bottles run the gamut of good beer, from brewers Atom to Wild Weather. In particular, expect to find plenty of Thornbridge and the pub’s own Tapped Brew Co beers, some brewed on-site. You will find a gleaming copper brew kit in the lounge. 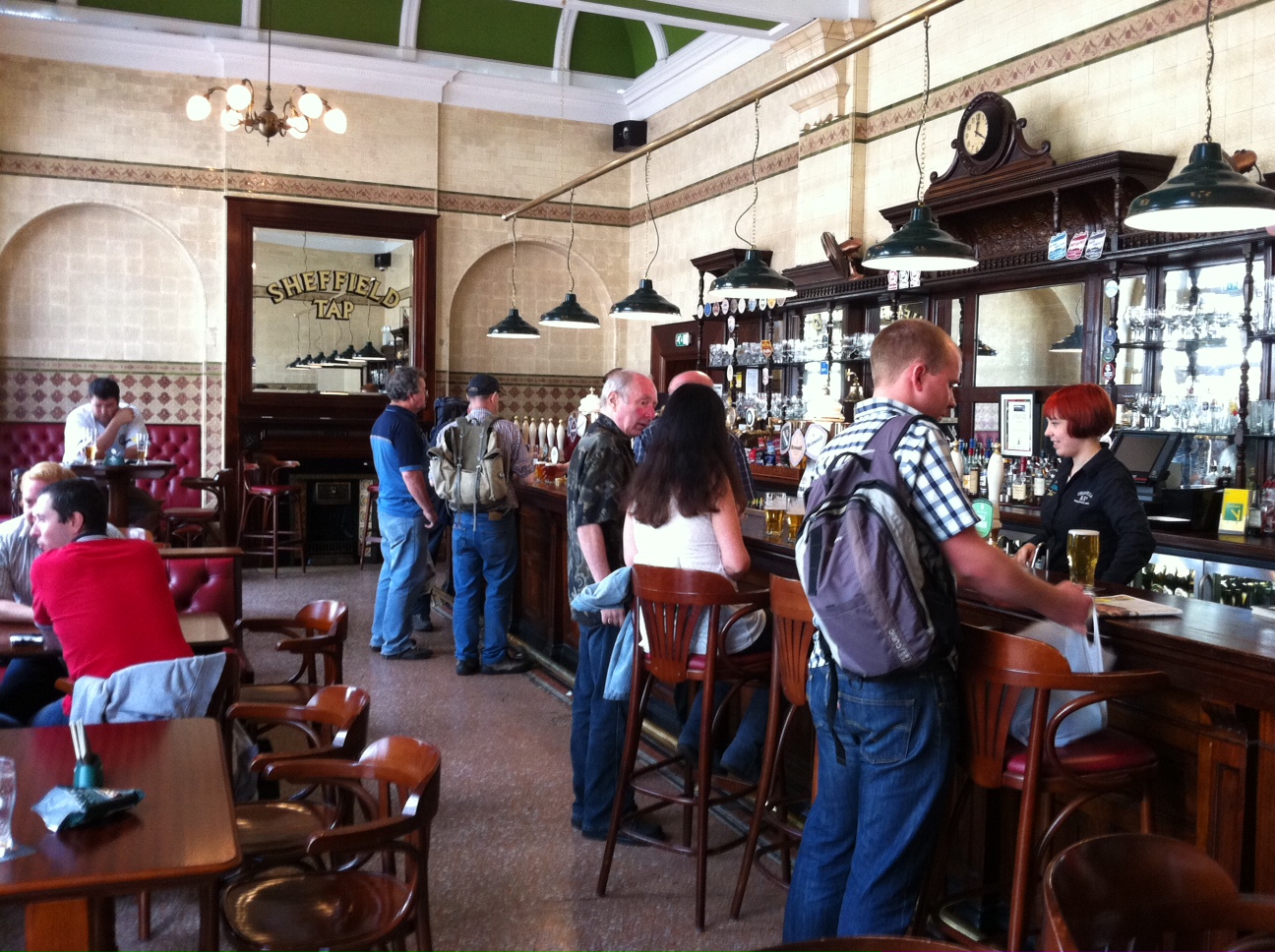 Kelham Island’s industrial past is fading fast as it emerges as one of the city’s hippest food and drink destinations. But a handful of historic pubs bridge those two eras. Craft fans will gravitate to more hop-forward destinations, but visiting the Fat Cat for a pint of immaculately-conditioned, dry, citrusy Pale Rider (brewed by Fat Cat’s owner, Kelham Island Brewery), is a rite of passage for visiting beer fans.

If the “ferociously independent” Fat Cat (beer memorabilia, antique fire places, warmth and chat – not music and fruit machines), has the edge in terms of architectural character, its near-neighbour, the Kelham Island Tavern, distinguishes itself by its greater willingness to embrace beer’s future. It may have a rather 1970s lounge-bar interior, but among the Tavern’s more traditional cask beers you will find, for instance, beers from Welsh alchemist Heavy Industry and even a dedicated craft keg tap that was, recently, pouring a Buxton Brewery/Magic Rock collaboration. We can only guess what Camra members, who voted the Tavern their national pub of the year in 2008 and 2009, will think of that innovation.

It opened more than a year ago but there is still a pop-up feel to this micropub and bottle shop. With its chipboard back-bar and huge wooden delivery doors, it is a bit like drinking in a brew-tap or workshop, albeit one covered in an ever-expanding collage of colourful beer labels. Its 14 keg/cask taps pour pure quality, from Magic Rock’s Dancing Bear (the house lager) to, a recent find, Suffolk brewery Burnt Mill’s exceptional, murky Citra Fog IPA. The bar’s friendly staff are beer lovers, ever-ready with advice and tasters. One other notable feature is that, in contrast to many specialist craft beer bars, Bar Stewards’ cask ales are keenly priced (this is very Sheffield; every good pub has a circa-£3 starter pint). Check the boards for relative bargains from Sheffield breweries such as Lost Industry and Abbeydale.

Located in Sheffield’s Cultural Industries Quarter, this vintage architectural gem is layered with history yet decorated with quirky bric-a-brac – endless pump clips, protest placards, mannequins etc – and, outside, the work of Steel City street artist, Phlegm. Across its 20 lines all beer life is represented: from Blue Bee’s mainline pale ale to craft exotica such as Siren’s chocolate cake stout and Northern Monk’s big double IPAs. There are often new names on the bar (Liverpool’s Gibberish, for instance), while the Rutland’s tap-takeover events have included nights with such luminaries as Omnipollo. In summer, creatives from the surrounding studios spill out into the pub’s surprisingly green and leafy urban beer garden.

“Tasteless fizz-free zone” reads a sign at the entrance to this rather spartan, multi-roomed beer-hive. Its walls covered in promotional brewery memorabilia, Shakey’s is simultaneously committed to both affordable entry-level drinking (Stancill’s Barnsley Bitter and Abbeydale’s Deception are each £2.70 a pint) and the enthusiastic exploration of craft beer’s esoteric and expensive outer-reaches. You will find trendsetters such as Cloudwater and Verdant on the bar, and all the latest styles (pastry stouts, milkshake IPAs, oak-aged sours). Look-out for the Shakespeare’s spring and autumn experimental cask beer festivals, and its Stupidly Delicious events, which showcase aged imperial stouts and daisy-fresh double IPAs. 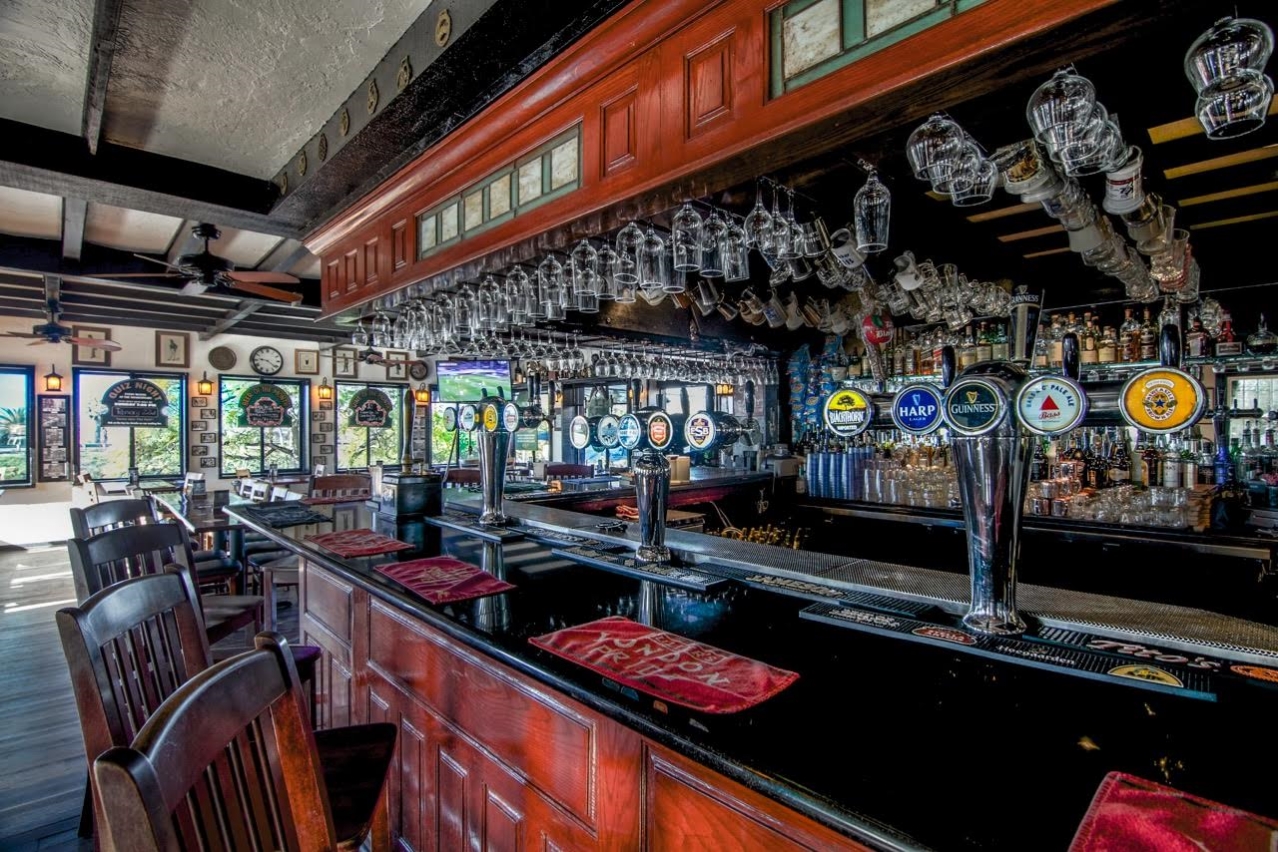 About a mile outside the city centre on Ecclesall Road – in Sharrow Vale’s cluster of indie shops and restaurants – this two-roomed micropub is worth hunting out. Plainly decorated in the stripped-back, Victorian beer house style, a log burner keeps the back room toasty in winter, while, on a warm summer evening, there are natty communal tables on the kerb outside. You may find the likes of Wild Beer and Thornbridge pouring on the keg taps, but the Beer House’s cask pumps are where it really shines. The clips are a roll-call of northern stars – Marble, Brewsmith, Vocation, Anarchy etc.

If you prefer such diminutive drinking spots beyond the city centre, you should also seek out Walkley Beer Co, a bottle shop where you can drink in (Thursday to Sunday), and Broomhill’s Itchy Pig micropub, up from the university.

A back-street local in the heart of the city (top end of Devonshire Street, then dog-leg down Convent Walk), this handsome 1930s pub is now under the stewardship of Derbyshire brewery, Thornbridge. Naturally, its latest innovations dominate the pumps, from the opinion-splitting ice-cream porter, Strawberry Lucaria, to the terrific Green Mountain New England IPA, a hazy “juice bomb” that delivers as promised. Space is made across 12 keg and cask lines for a few guests, from breweries as far flung as Bristol Beer Factory and Rossendale’s Northern Whisper. Nurse a pint or two as you take in the Bath’s Grade II-listed interior: a modest, fuss-free combination of period wood-panel banquettes, glazed tilework and leaded windows.

Despite its new-build setting, the Devonshire Cat is now a veteran of the Sheffield scene. This large, open-plan bar was pushing hoppy, modern brews before “craft beer” existed. In 2013, it was taken over by Sheffield’s Abbeydale Brewery, which has ditched its old Wetherspoons-esque look for something you could describe as post-Brewdog. A central bar is decorated with striking geometric tiles there is splashy beer art on the walls and a lot of hard edges, flat surfaces and large windows. The beer range is, as ever, A1. Core Abbeydale beers are supplemented by cutting-edge guests from mainly northern brewers (Track, Marble, Red Willow), and a vast array of cans and bottles. Note: on 6 and 7 April, Abbeydale is throwing its second Piss Up In The Brewery, a ticketed brewery beer festival (£8.10/£9.10). 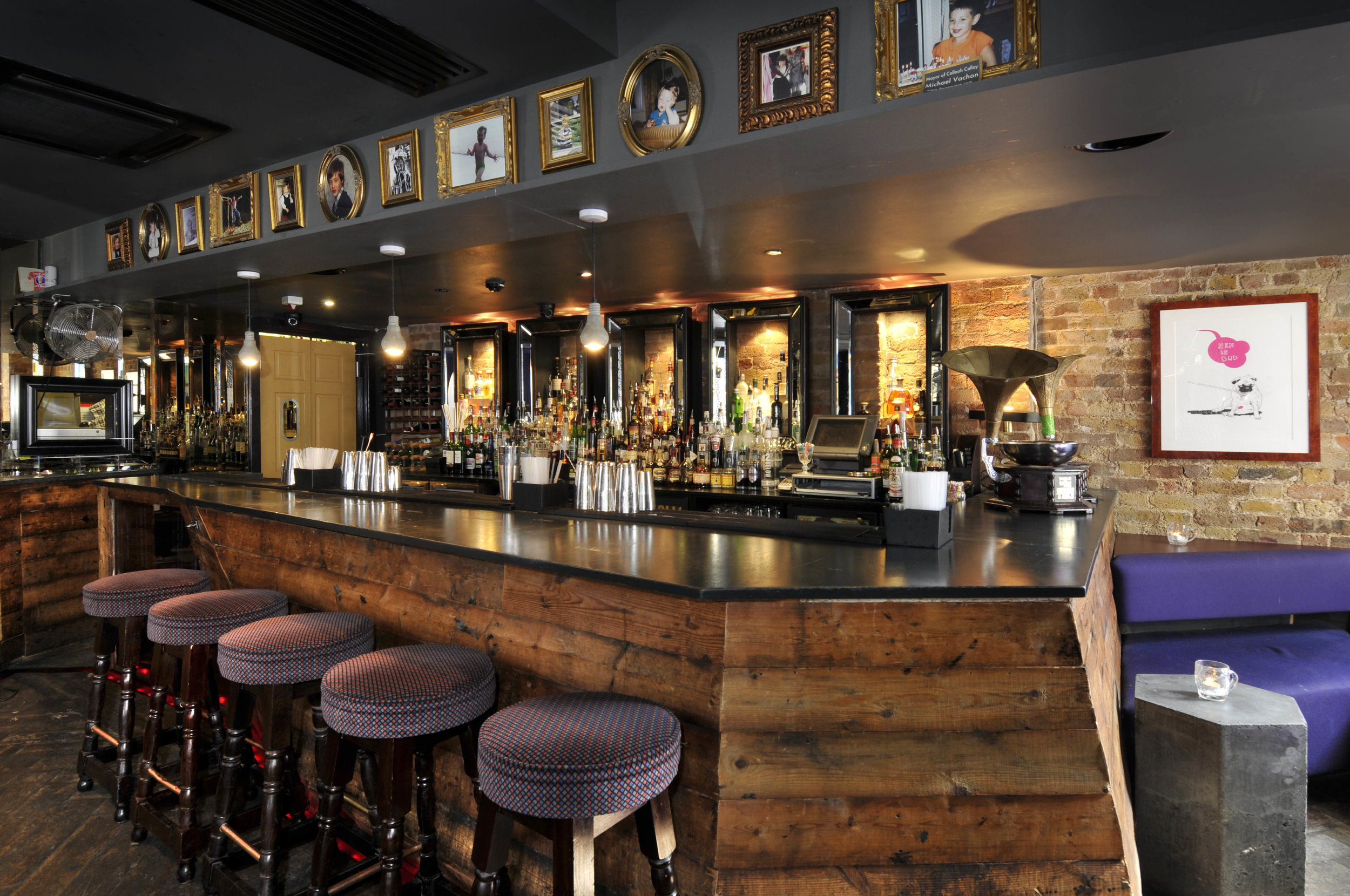 A short walk from town up London Road, not far from Sheffield United’s Bramall Lane football ground, the new-ish Jabbarwocky (sic) craft beer and cocktail bar has taken a winningly low-fi, DIY approach to interior design. Who needs slick features when you’ve got fairy lights, several old sofas and flowers stuck, not in vases, but old Blackjack beer bottles? Seven keg lines and one cask pack in both the standards (Pilsner Urquell, Tyskie), and craft belters from, for instance, Thornbridge, Weird Beard and Buxton Brewery. Previously, you could have headed from Jabbarwocky to Hop Hideout, the lauded bottle shop and tasting room nearby, but it is about to reopen (22 March) in a new central location at food and drink hub, Kommune. At Hop Hideout, you will find beers from St Mars of the Desert, an exciting new Sheffield brewery owned by two US beer enthusiasts, who have recently opened a taproom at their Attercliffe HQ (open Thursday-Saturday “unless it’s freezing”).